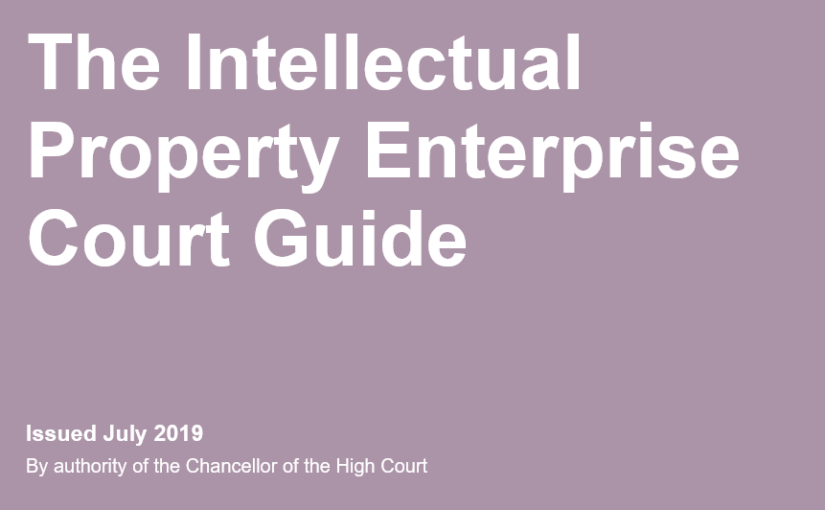 The new users’ guide for the Intellectual Property Enterprise Court (IPEC) is now available. Below is a brief summary of some key changes of which practitioners should be aware.

Contents of Statements of Case:

The new guide contains cautionary guidance on the contents of statements of case. The IPEC guide has always stated that pleadings “must set out concisely all the facts and arguments upon which the party serving the statement relies.” The Guide now adds:

“This is sometimes misunderstood. All relevant facts and arguments must be stated. But they should not be set out in a manner which includes every detail. There will be an opportunity by the time of the trial to explain to the court everything that matters. A good approach is to make the statement of case as concise as is possible, while considering whether any argument proposed to be run at trial and the basis for it will come as a surprise to an opponent who has read the statement of case. If not, the statement of case has probably been drafted in sufficient detail.”

The required contents of statements of case for different IP rights are also expanded upon as follows: