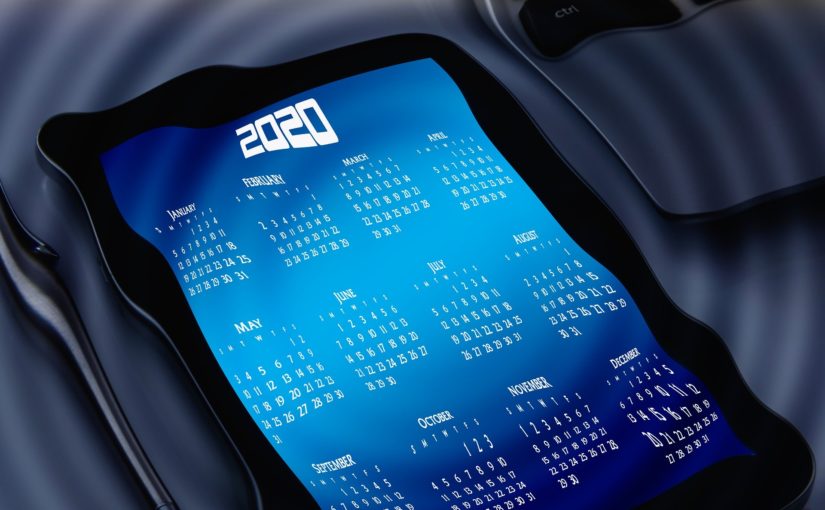 This blog has been gathering dust a bit for the last few months thanks to a few very engaging patent cases. It’s important to stay on top of the pile of judgments in the in-tray though, so here’s a brief run down of the last three months of the Patents Court.

This was an interim application for specific disclosure. At least, that’s what the Claimant thought it was. Those in the know would be aware that the Business and Property Courts’ Disclosure Pilot makes applications for specific disclosure a thing of the past. For the Patents Court the Disclosure Pilot can seem a bit of a backwards step. The Patents Court already adopts a very light regime on disclosure, and PD 51U seems to make it more, rather than less, complicated.

“Paragraph 7(3) of the Disclosure Pilot Rules refers to “issues for disclosure” and defines these as meaning, for the purposes of disclosure, only those key issues in dispute which the parties consider will need to be determined by the court with some reference to contemporaneous documents in order for there to be a fair resolution of the proceedings. That does not extend to every issue which is disputed in the statements of case by denial or non-admission.”

The Judge found that the material sought did not relate to such an issue, and hence declined the Claimant’s application, without even going on to consider whether it was necessary for him to make an order for ‘extended disclosure’ under §6(4) of the rules of the Disclosure Pilot.

This is the judgment of HHJ Hacon sitting in the High Court, following on from the earlier IPEC proceedings between the parties related to another patent.

The dispute relates to a patent int he field of signal processing. As far as I can understand it on a brief reading the invention related to a means of filtering an input to prevent voltage peaks from affecting sensitive components. The clever bit was supposed to be the way it did this without causing interference.

Of interest is that the Claimant ran a case for a DNI on two hypothetical products, which the Defendants said both infringed under the doctrine of equivalents.

On novelty, Hacon HHJ accepted an argument of inevitable result over the Jellinek prior art: even though the skilled person would not know the prior art was fulfilling the claim feature, it would in fact be doing it.

Hacon HHJ also took the opportunity to summarise the law on intermediate generalisation in neat fashion:

If the skilled person would have understood that the particular embodiment of the invention disclosed in the application as filed exemplifies a broader class, in the sense that the invention may be performed without this or that incidental feature of the particular embodiment, there will be no intermediate generalisation if the claims in the patent as granted are not limited by reference to those incidental features. On the other hand, if this would not have been the skilled person’s understanding, there will be an intermediate generalisation should those features, not perceived as merely incidental, be excluded from a claim in the patent as granted (or as sought to be amended).

This was a dispute in relation to ammo belts, heard by HHJ Melissa Clarke in the Shorter Trial Scheme.

This is a classic case of one party terminating a licence agreement and then looking to continue to sell the product, or its own version of the product. In order to try and escape paying fees on the new products, was the licence agreement found not to have been repudiated, the ex-licensee sought declarations of non-infringement of the patents it had previously licensed.

There were some interesting witnesses: ” Mr Maclean was a Royal Marine from 1986 until 1993, during which time he became a qualified Royal Marine Sniper Instructor. “

The Declaration of Non-infringement sought again hinged on the application of Actavis and the doctrine of equivalents. The Judge found the ‘clever bit’ to be the “‘plug and play’ aspect of the ammunition bag, as Excel submits. This solves the problem that Mr Maclean turned his mind to: namely how to combine convenient carriage of the ammunition with rapid access and use of it, such that full round of linked ammunition can be fired without removing it from the protection of the bag“.

The case is an interesting one, as it involved evidence about the problem to be solved in light of the MOD’s commissioning, evidence that arose in part due to the licensing aspect of the dispute. This is quite unlike the backdrop to most equivalents arguments where the backdrop is the cited prior art. The Judge concluded that the new product was an infringement, and declined to grant the DNI.

This is a judgment related to the ongoing FRAND proceedings by the parties. The ASUS Defendants are (were) trying to pull a ZyXEL like manoeuvre and extricate themselves from a 5 week FRAND trial set to be heard later this year.

The Judge decided that despite the prejudice to Philips that was an application that should be heard before the FRAND trial. Part of the Judge’s reasoning in acceding to this was a limitation by Asus of the points they would run at that hearing, in particular they would let it be assumed that Philips was entitled to pursue a global licence against regional operators, and that a global licence could be FRAND.

The hearing was then listed for 13 December 2019, and the judgment for that hearing is now available on Westlaw (link). Asus will be continuing to trial in 2020, as it seems the sum they offered to pay in damages was not exactly that sought by Philips (c.f. TQ Delta v ZyXEL). [Ed: I’ve only had a brief scan of that judgment so far, and it looks likely to require a thorough read.]

This isn’t a dispute I can comment on, however there is a helpful summary on EPLAW.

This was Apple’s jurisdiction appeal in its case against Optis, part of the Unwired Planet group. The Judge concluded:

Those are the only points which have been argued before me. As I alluded to earlier, a number of other points were advanced in support of the applications, but Mr. Bloch has not argued them. He recognised that it is not possible for any of them to succeed at this level on the current state of the law. What I propose to do, in the circumstances, is simply to dismiss the applications of all three defendants. Although I canvassed with counsel the idea of dismissing particular grounds, it seems to me that that is unnecessary. What the court does is either accede to an application or not. Since I have held that all the grounds failed, some, that have been argued, because I am not persuaded by them, some because they have not been argued, I will simply dismiss all three applications.

This was a patent infringement dispute relating to three SEPs that originated with Nokia and became part of the Conversant portfolio. They relate to 3G and 4G.

The Judge made some interesting comments regarding the way in which patents are drafted:

Conversant presented its case starting with claim 18 of 177. What puzzled me about Conversant’s case on this claim is how unclear it appeared to be whether the claim actually contained the core feature of the invention at all (the core feature being not sending control information – see below). In the end I found it helped to go back and start with claim 1, even though it rarely figured at the trial. The point is not about how many claims are asserted as being infringed, rather this is an example of why it really is the right thing to do to read a document as a whole.

A common problem is that inventions do not always lend themselves to simple claim drafting. Aside from satisfying the laws relating to validity, in practice a good patent claim has to do two different things. It has to define the invention, but it also has to do that in a way which allows the inventor to have worthwhile rights. The patent system exists to provide temporary economic rights to inventors as the reward for disclosing the invention to the public. A perfect definition of the invention is no use if it would not be infringed by persons taking advantage of that invention. An example of this problem is the difficulties which have arisen in framing claims and defining infringement relating to inventions which are the second medical uses of known drugs (see Warner Lambert v Generics [2018] UKSC 56).

Another situation in which difficulties can arise is with inventions concerning activity on networks like the internet and cellular systems. The problem is that these systems involve multiple distinct elements which have to interact in a particular way. A patent claim to the network as a whole can be a good way of defining the invention but be of little practical utility because no-one sells the whole thing. The law of “means essential” infringement under s60(2) of the Act may or may not help in a given case. That is why Conversant have focussed on claim 18. It is a claim to a handset (mobile station). These are items with significant economic value. One can define infringing acts relating to them, pay royalties based on their sales and so on.

Having made those observations the Judge agreed with the Defendants that “the reader would appreciate the claims are part of a set, with matching language, and read them accordingly. ” This is an interesting opening for those looking to argue that language in patent claims is the incidental result of mirroring drafting in other claims, and that the skilled person would take account of that in the meaning ascribed to it.

The Judge ultimately found claims 18 and 19 of EP (UK) 1 878 177 to be anticipated by the Bestak prior art, a doctoral thesis by a Telecom University of Paris student, published in 2004. This was the sole piece of prior art run by the Defendants.

In relation to inventive step the Defendants took the opportunity to file further submissions with the Judge following provision of the draft Judgment by before hand-down, perhaps aware of the recent short shrift given to arguments run on the grounds of the Court’s Re L & B jurisdiction.

The judgment will be a major relief for Conversant, who had previously had very little joy with its Nokia-inherited portfolio.

One thought on “Jan 2020: Recent Decisions in the Patents Court”